You went camping with your sister, but she was nowhere to be found in the next morning. If you are fast enough, you might be able to find her before the storm.

note - Thank you for playing our game. This is the first time I’m a programmer for a jam game and Noctua’s first novel in English. We hope you enjoy it more or less!

I'd enjoy playing a longer version of this. The story and imagery are interesting and I'd like to experience more. A few simple sound effects could add interest as well. Thanks

Thank you for playing the game!

Hi there, I am a youtuber and I hope to get some support from you guys by leaving a like and subscribe at my channel.

This game was a little too short for me and I felt that the story could have lasted longer. I was very interested to know about the mysterious man who saved the protagonist at the end and how he came about to know about the invisible monsters and owns the antidote for the poison. I felt that the game can be improved by increasing the length of the game by giving us more parts of the story instead of one short act, add in sound effects like the sound of rain and maybe some intense music when the protagonist is walking on the planks to provide a scary and tense atmosphere. Moreover, more visuals of the surroundings could be given, like how the man looks through the protagonist eyes with the blurry filter and maybe visuals of the protagonist's shoulder which was injured. More visuals and sound effects would have made a game like this a better one and I really liked the storyline and hope to see a longer and better version of this game in the future.

Hey there! Thank you so much for playing the demo and giving us a great feedback! You've confirmed our guesses about what the game could be improved.

I hope you may come back again once the game receives a proper update!

Thank you for reading my comment XD. I hope that you would update me when your game is updated XD. Keep up the good work! 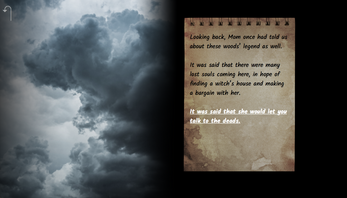 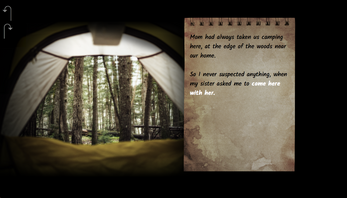 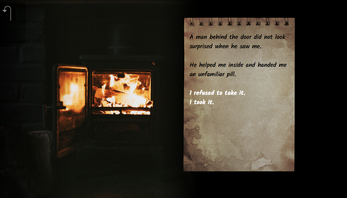